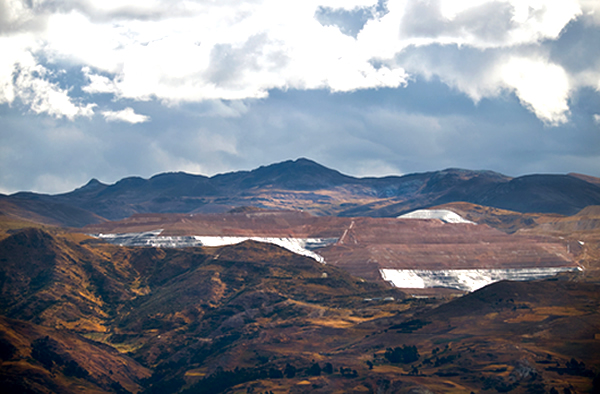 Peru is one of the most attractive countries in South America for mining. For 2017, the Peruvian mining portfolio consists of 46 mining projects with an estimated investment of over US$47 billion as indicated by the Minister of Energy and Mines, engineer Gonzalo Tamayo Flores, in a recent meeting with Peruvian executives.

However, in recent years, there have been several social conflicts with the communities surrounding the projects, which have led to the rise of dialogue roundtables, in which community representatives sit with mining and federal authorities to solve the community’s complaints, most with successful results. There are three projects that have not had the expected success to obtain a social license; these are, Santa Ana (Ag), Minas Conga (Ag) and Tía María (Cu) projects.

Several factors and mistakes occurred, including a bad relationship with the communities and the politicization of the claims (all unjustified and without technical support). Members of far-left groups, who are remnants of subversive groups, have found a good place to develop their proselytizing work with the argument that mines will contaminate and affect agricultural sectors.

The Minister stated that there are 23 projects that have an approved Environmental Impact Assessment (EIA); however, several of the approved projects are waiting for commodity prices to improve in order to start their construction, while others are pending a social license from the surrounding communities.

Peru is successful in attracting mining investments due to the presence of many deposits located in the Andes Mountains, and due to being in a very interesting and competitive position based on low production costs. Peru offers some of the lowest costs in the world for labor and electric power (where more than 50 percent is generated by natural gas from Camisea). The tax stability that mining companies can establish with the development of projects also fosters investment in this South American country.

In spite of metals prices affecting the world mining sector, in the last three years mining projects with great potential have been brought on line, placing Peru as one of the world’s leading metals producers and thus, contributing to the national economy. This refers to the Constancia (Cu) project of Hubday Minerals that began its production with a US$1.7 billion investment. The US$4.6 billion expansion of Cerro Verde (Cu) increased its production to 600 million pounds of copper and 15 million pounds of molybdenum. This mine will be one of the main copper producers in the world and expects to produce 1 billion pounds of copper and 23 million pounds of molybdenum per annum at peak capacity.

Toromocho (cu) of Chinalco Mining Company is in the process of an expansion with an estimated capital expenditure of US$3.5 billion dollars, and expects to produce 275,000 metric tons of copper once commissioned.

The main projects include:

The last two have not yet obtained a social license due to the pollution-related protests carried out by the local population. Both conflicts have been politicized by the intervention of far-left groups, which makes their viability difficult.

In addition, there are three projects currently under evaluation by the Peruvian Environmental Authorities, having already submitted their EIA’s. These are:

The most important aspect for the future of mining in Peru is that there are 20 projects under the exploration process, several of which are megaprojects. Included in this list are projects such as

Other small projects under exploration, totaling an investment of over US$22 billion, include:

It is also worth noting that some mining companies that are currently operating are undergoing expansions of their existing installations, such as

Peru is an attractive country to develop mining projects and as a testament to this fact, Peru was nominated to host the 27th World Mining Congress to be held in 2018.